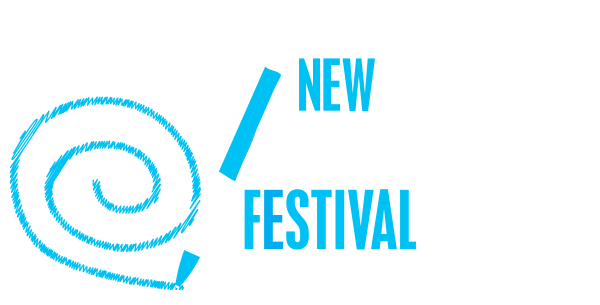 Our festival is open to any unpublished and unproduced Theatre for Young Audiences (TYA) scripts to be considered as one of four plays to be featured in the New Play-Reading Festival this coming season at The Growing Stage Theatre – The Children’s Theatre of New Jersey.

The New Play-Reading Festival is a wonderful opportunity for artists to have their unpublished works presented before an audience, in a play-reading scenario, by a cast consisting of both professional and amateur actors on two separate rounds during our season (Spring/Summer 2021).

After each reading, there is a dialogue among the audience, performers and playwright, if present. After 2nd Round of play readings, one of the four scripts are then selected to be presented as a fully mounted production in The Growing Stage’s 2021-2022 season!

For more information, contact the Festival Director at newplays@growingstage.com

There is a story that Kafka found a young girl weeping in a park. He tried to console her, but she was bereft. She had lost her doll and would never get over it. Kafka announces that he has a letter that he found and he wonders if it could be from her doll. It was! And so began a three-week correspondence where Kafka wrote letters for the girl from her travelling doll. Her doll was not lost. She was merely looking for an adventure.

Claudia is thrilled to be with Growing Stage with Letters from Lisette. She was a 2019 finalist with Dear Anne from Nina and the development series helped her get a production and a publisher. Your Stage Partners will be publishing Dear Anne in late March/early April. Her plays have seen over 1500 productions in all fifty states as well as on five continents. Her youth plays have been developed through the Bonderman Symposium, Purple Crayon Players, the Playwrights-in-our-Schools grant and the Old Miner’s Children’s Playwriting Contest at Utah Valley University. Honors include winner of the Aurand Harris Memorial Playwriting Award, Anna Zornio Playwriting Competition, AATE’s Unpublished Play Reading Project, University of Central Missouri’s Children’s Playwriting Competition, and others. Fifty of her plays are published. She is a member of the Dramatist Guild of America, the Playwright’s Center of Minneapolis, Honor Roll, and the American Alliance for Theatre Education. Her website is: claudiahaas.com 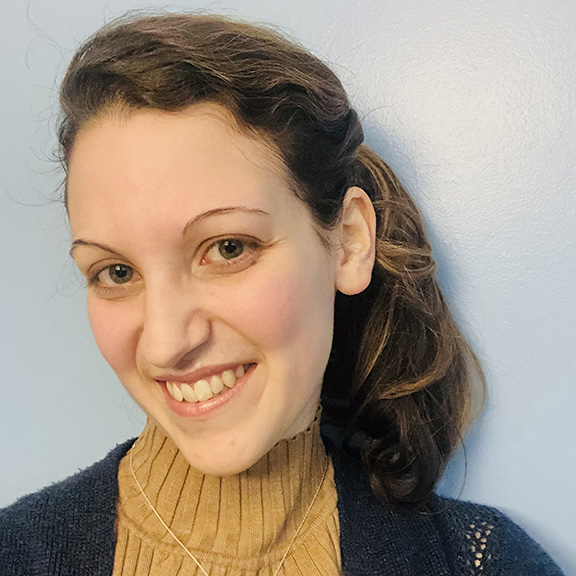 Natalie is a New York/New Jersey-based director and dramaturg passionate about developing new works, as well as bringing classical theatre to new audiences, and is always thrilled to return to TGS! Favorite TGS credits include directing Joan’s Arc (NPRF 2020), assistant stage managing Babes in Toyland, and many Studio Series productions as a student. Favorite directing credits include The Winter’s Tale (Evergreen Theatre Collective), Here There Be Pirates (Barn Theatre Summer Solstice Festival), and an upcoming recording of the new play Zig-Zag for the Premiere the Play podcast. Throughout the pandemic Natalie has organized many informal Zoom readings, and suddenly found time to pursue an abundance of knitting and watercolor projects. She is a proud alumna of Kenyon College, National Theater Institute, and The Shakespeare Theatre of NJ’s Summer Professional Training Program. NatalieKaneDirector.com

“Who’s Afraid of the Big Bad Book?” is a fun family musical in one act. It’s the story of 8 year old Herb, who loves his storybooks, but doesn’t take very good care of them. One night when his friend Ezzie is sleeping over, Herb falls asleep while reading his book of fairy tales. When he wakes up, he’s inside the book, face to face with different characters as he journeys through the book. The characters are not very happy about how Herb has “ruined” their stories by doodling, cutting things out and dropping food in the book. None of the stories work properly any more, thanks to him! On his journey to find a way out of the book, Herb learns that stories belong to everyone, so he needs to take better care of his things.

Maryanne Melloan Woods is a playwright/author/screenwriter. In her career as a tv writer/producer, Maryanne has worked on shows for networks including NBC, Showtime, ABC, Fox, the WB, Nickelodeon and ABC Family.

Maryanne’s plays have been staged by theaters and programs such as HBO’s New Writers Project and the Mark Taper Forum in L.A, and Playwrights Horizons and Primary Stages in New York.

Maryanne’s screenplay, “Steve,” won “Best Comedy Feature Script” at the 2016 Nashville Film Festival, and her screenplay “Match Made in Heaven” won the Scriptation Showcase screenwriting competition in 2020. Her YA novel “Lazarus, ” a paranormal thriller, was published by Owl Hollow Press last summer.

Jack Mitchell is an award winning composer and songwriter for children’s media and musical theatre based in Brooklyn, NY. Current projects include original songs, scoring, and arrangements for “The Story Pirates Podcast” produced by Gimlet/Spotify (winner of the 2020 Webby and 2019 iHeartRadio Awards for Best Kids and Family Podcast), original scores for the interactive theatre experience, “Sleep Squad” starring Lilli Cooper (produced by Eva Price/Story Pirates), SPTV (PBS/KLCS), and “Don’t Break The Rules”, (Pinna Audio). Musicals in development include WHO’S AFRAID OF THE BIG BAD BOOK? (with Maryanne Woods) and THE WRONG AMERICAN! (with Washington Post columnist Alexandra Petri). Additional TYA credits include STONE SOUP: THE MUSICAL. Jack’s music has been seen and heard nationally on PBS, NPR, SiriusXM Radio, ME-TV, and at The Foundation for New American Musicals in LA, The Utah Symphony, and The Kennedy Center. Proud graduate of Northwestern University, a member of the advanced class of the BMI Lehman Engel Musical Theatre Workshop, and the Director/MD of the Late-Night Cabaret at Williamstown Theatre Festival.

Recommended Age: 7 years and up

Sometimes in order to feel connected, you have to unplug. When Georgia Mae is left home alone with her two older siblings while her parents take the train into the city, she comes up with big plans for the night. However, Georgia Mae finds herself disappointed when Imogene and Henry are too invested in the electronic devices to play with her. So Georgia Mae decides to shut down the power grid so they won’t have any distractions. However, when they realize their parents are now stranded in the city and can’t get home, the three set off on an adventure to restore power. Along the way they meet a variety of people who help them on their journey, and ultimately, they learn about the simple pleasures of being together — and unplugged.

Elyzabeth Gregory Wilder’s plays include Gee’s Bend, Fresh Kills, Everything That’s Beautiful, White Lightning, Provenance, The Flagmaker of Market Street, and The Furniture of Home. Her plays have been produced at the Royal Court (London), Ensemble Studio Theatre, Alabama Shakespeare Festival, Denver Center, Cleveland Play House, KC Rep, Northlight, the Arden, B Street Theatre, and Hartford Stage, among others. Other plays include A Requiem for August Moon, The Bone Orchard, and her new play for young audiences, Georgia Mae James Unplugs America. Recent plays include Looks Like Pretty (Geva Theatre) and The Light of the World (ASF Southern Writers Festival). She has completed commissions for the Sloan Foundation, Geva Theatre, Denver Center, Alabama Shakespeare Festival, and Baltimore Center Stage. Elyzabeth is the recipient of the Osborn Award given by the American Theatre Critics Association, is a graduate of the dramatic writing program at New York University, and a proud alumnus of Youngblood. Elyzabeth is the current Tennessee Williams Playwright-in-Residence at Sewanee: The University of the South. www.wilderwriting.net

New Jersey Native, Najah Johnson, is excited to direct Georgia Mai James Unplugs America. She is a member of Actor’s Equity and SAG AFTRA and a 2016 Drew University Graduate with a B.A in Theatre Arts. Directing Credits – The Lion King and The Wiz (Director and Choreographer – Link Community Charter school with Writer’s theatre of NJ), Once on This Island (Director and Choreographer – Writer’s Theatre of NJ). Her upcoming projects include joining Royal Caribbean Entertainment as a Lead Singer and screenwriting an untitled web series.

Recommended Age: 7 years and up

When Matthew and Marilla Cuthbert decide to take in foster child Anne instead of the boy they requested, it’s with the hope that they can do her some good. As Anne comes of age, her curiosity, imagination, and capacity for love teaches all three of them what it means to create family and the importance of commitment to it. Adapted freely and timelessly from the classic by L.M. Montgomery.

Former Lake Hopatcong resident Donna Hoke’s work has been seen in 47 states and on five continents, including at Barrington Stage, Barrow Group, Celebration Theatre, Gulfshore Theatre, Queens Theatre, The Road, Writers Theatre New Jersey, Phoenix Theatre, Atlantic Stage, Purple Rose, Skylight, Pride Films and Plays, New Jersey Rep, Hens and Chickens (London), The Galway Fringe Festival, and Actors Repertory Theatre of Luxembourg. Plays include BRILLIANT WORKS OF ART (Kilroys List), ELEVATOR GIRL (O’Neill, Princess Grace, and Austin Film Festival finalist), and LITTLE WOMEN…NOW, which will receive its world premiere this fall (fingers crossed). She has been nominated for the Primus, Blackburn, and Laura Pels prizes, and is a three-time winner of the Emanuel Fried Award for Outstanding New Play (SEEDS, SONS & LOVERS, ONCE IN MY LIFETIME). She has also received an Individual Artist Award from the New York State Council on the Arts to develop HEARTS OF STONE, and, in its final three years, Artvoice named her Buffalo’s Best Writer—the only woman to ever receive the designation. Donna is also a New York Times-published crossword puzzle constructor; children’s and trivia book author; and founder/co-curator of BUA Takes 10: GLBT Short Stories. Check her out at donnahoke.com.

Natalie is so happy be back at TGS! She is a native New Jersey actress, director, dramaturg, and theater professor. Natalie earned her BFA degree in Theater Performance in 2013 at Kean University and in 2018, she graduated from the Royal Birmingham Conservatoire with a Masters in Fine Arts for performance in the British Tradition. She has performed in regional theaters along the East Coast (Premiere Stages, Berkshire Theater Festival, The Growing Stage), as well as in England (The Old Rep of Birmingham, The Crescent Theatre). Currently, she is teaching theater in colleges around NJ.

For More Information, contact our Box Office at: boxoffice@growingstage.com or call (973) 347-4946

Our New Play-Reading Festival celebrates its 10th Anniversary this season and features four brand new plays for young audiences, chosen from the over 100 submitted works annually. Each piece is carefully read by a select committee comprised of directors, performing and teaching artists, educators and young people. The four finalists are provided two readings during the season, read by professional and community artists in a casual setting. Following each reading a discussion of the work with our professional team and the playwright. Lastly, one of the four plays will be selected to become a fully mounted production next season. 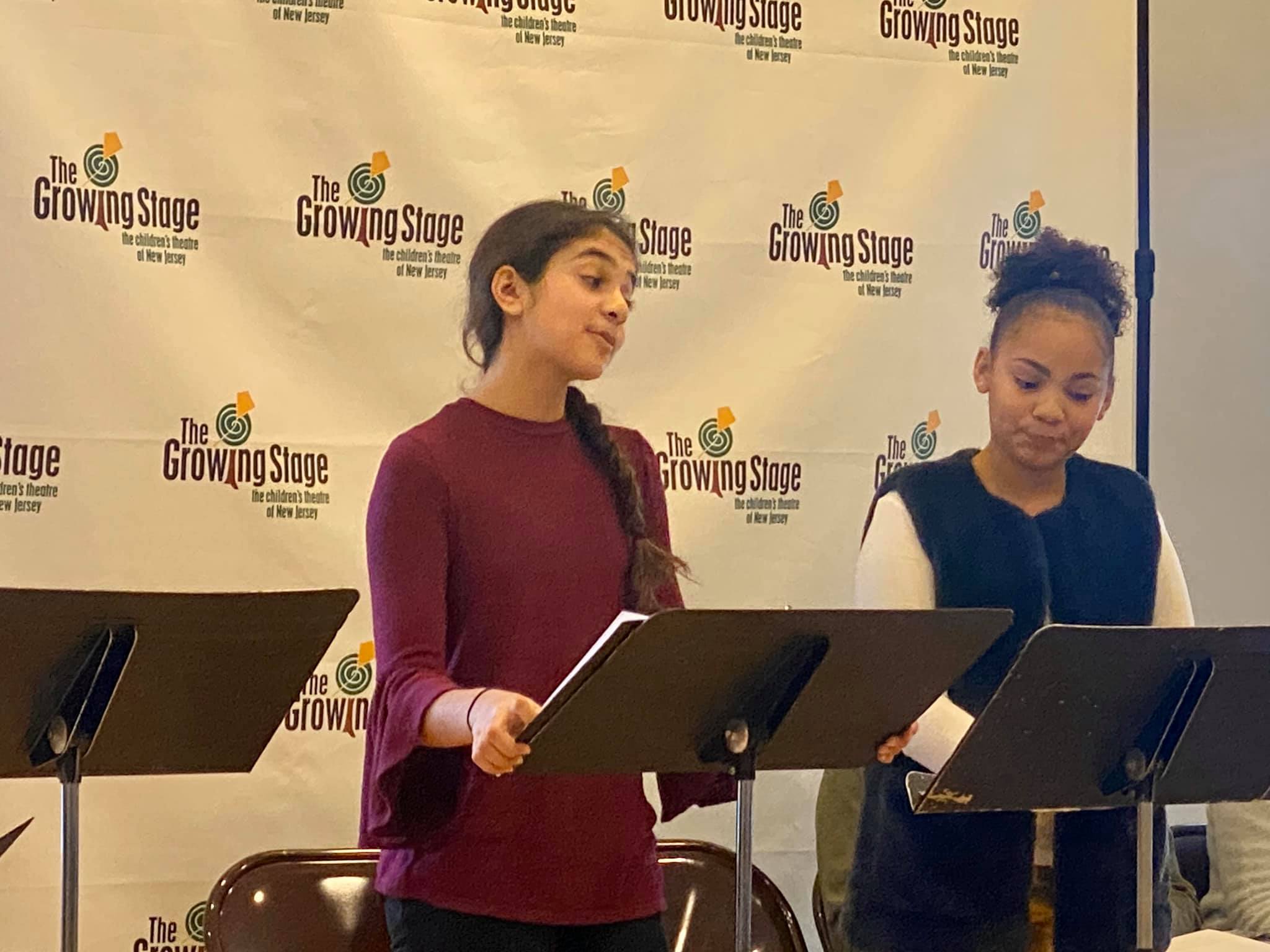 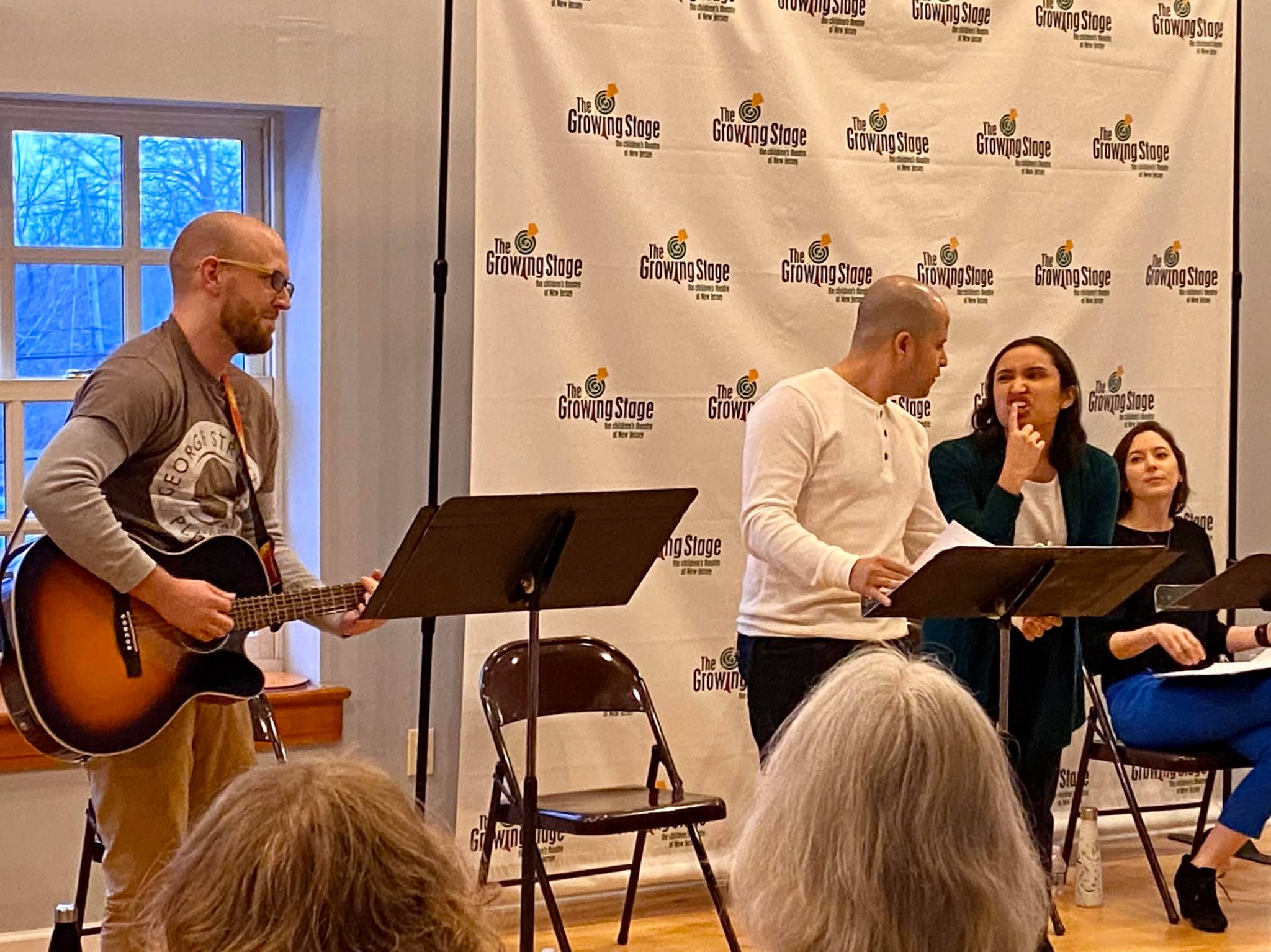 “I knew my children would have a great experience. Watching my daughter dance in her chair and listening to my son ask questions throughout the show, reinforced my belief that this is a hidden gem in New Jersey.” 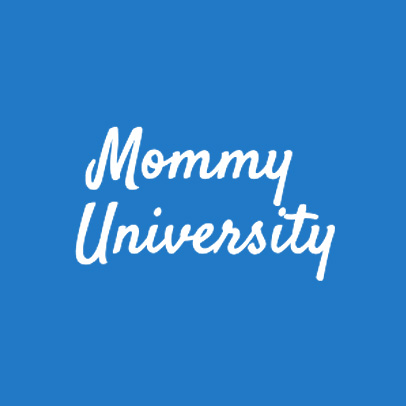 Want to learn more about unique works performed at The Growing Stage?