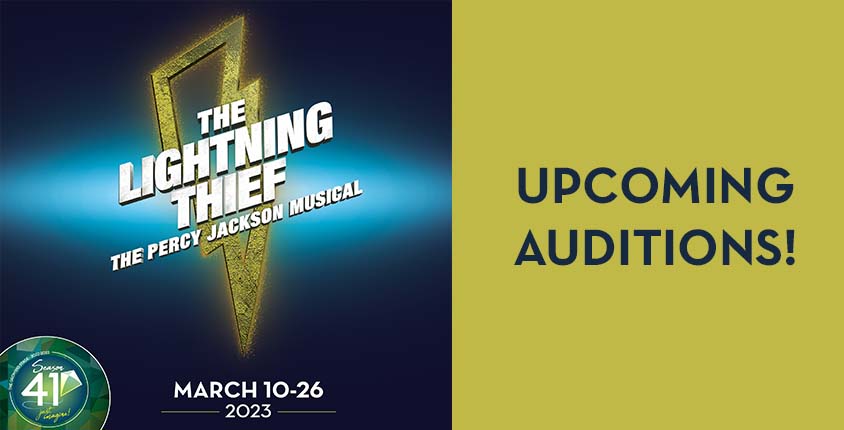 Auditions will be held in-person at The Historic Palace Theatre – 7 Ledgewood Ave. Netcong, NJ. No video submissions will be accepted.

Please Note: The Growing Stage Theatre is located in northwestern New Jersey and no regular mass transportation is available.

As per The Growing Stage’s Health & Safety Policy, all staff are fully vaccinated. All auditioning must be fully up to date on vaccinations for COVID-19 in order to be considered for a role.

Seeking:
The Growing Stage celebrates and encourages diversity in all of our productions. The Growing Stage is a professional company dedicated to presenting quality theatre for the entire family.

PERCY JACKSON – Son of Poseidon, a good kid with a teenage temper

ANNABETH – Daughter of Athena, smarter than you

Adult performers will have the opportunity to be compensated on our Community Artist, Emerging Artist, or Professional Artist pay schedules depending on production size and budget. Youth performers receive valuable experience alongside our adult performers.

Auditioners are asked to prepare sixteen measures of a song with printed sheet music for the accompanist. There will be cold read sides from the script based on type and a brief dance routine taught by the company choreographer.

Rehearsal Schedule:
Rehearsal schedules are generally two or three evenings during the week and a weekend afternoon. All cast members are expected for all performances, with no exception since the company does not cast understudies.

About the Show:
Book by Joe Tracz
Music & Lyrics by Rob Rokicki
Adapted from the book The Lightning Thief by Rick Riordan

About the Show:
As the half-blood son of a Greek god, Percy Jackson has newly-discovered powers he can’t control, a destiny he doesn’t want, and a mythology textbook’s worth of monsters on his trail. When Zeus’s master lightning bolt is stolen and Percy becomes the prime suspect, he has to find and return the bolt to prove his innocence and prevent a war between the gods. But to succeed on his quest, Percy will have to do more than catch the thief. He must travel to the Underworld and back; solve the riddle of the Oracle, which warns him of betrayal by a friend; and come to terms with the father who abandoned him. Adapted from the best-selling book The Lightning Thief by Rick Riordan and featuring a thrilling original rock score, The Lightning Thief: The Percy Jackson Musical is an action-packed mythical adventure “worthy of the gods” (Time Out New York). 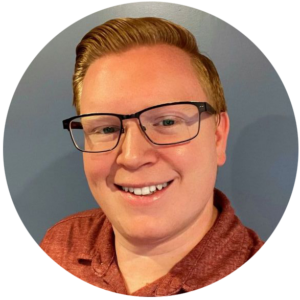