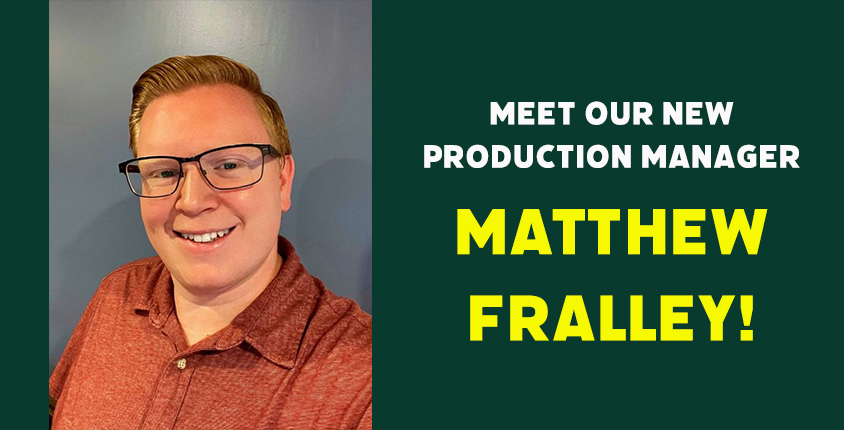 We’re excited to announce the appointment of our new Production Manager, Matthew Fralley!

Matthew is no stranger to The Growing Stage having made his Palace Theatre debut at age 10 as one of the 3 Little Pigs in BABES in TOYLAND. Now as a theatre professional, Matthew recently served as Stage Manager for our recent productions of PINKALICIOUS and BOOGIE. He brings extensive experience in customer service, production management and we’re thrilled to have him on staff at The Growing Stage.

Recently, we sat down with Matthew to ask him a few questions about this theatre background and his new position at TGS.

Tell us about your theatre background:

I have been working in theater ever since I was a kid. Some of my first exposures to the arts was at The Growing Stage. Through high school and college, I was able to work for multiple theater companies in the NJ/NY area in a variety of ways. From performing onstage to many artistic and technical roles such as stage management, lighting, scenic designing, choreography, music directing, and many more. After completing my A.A. in Musical Theatre at County College of Morris and my B.A. in Theatre at Kean University, I took on my most recent position as the Box Office Manager at The Shakespeare Theatre of New Jersey.

What’s it like coming back to The Growing Stage in this new role?

It honestly feels full-circle. As a kid, I attended some classes and participated in numerous shows. Since then, I’ve been back here and there stage managing or in a production. I am so happy to now be back working for a company that I adored as a kid.

What do you look forward to as the new Production Manager of The Growing Stage?

I’m excited for the challenges that come with the position. Creating theater is no easy task. But working with this talented group of people will be unlike anything else I have ever done.

What are some of your favorite TGS memories?

I’ll never forget stepping onstage in my first production at The Growing Stage in Babes in Toyland back in 2007. It was the first time I performed in front of an audience, but with the support of everyone at TGS and the cast, I got on that stage. And in that moment is when I found my love for theater which has never left.

Next time you’re at The Growing Stage, stop by the Box Office window and say hello to Matthew! 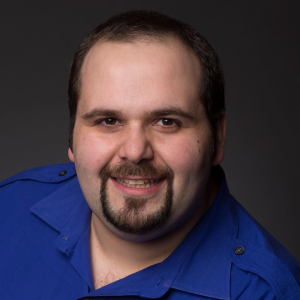