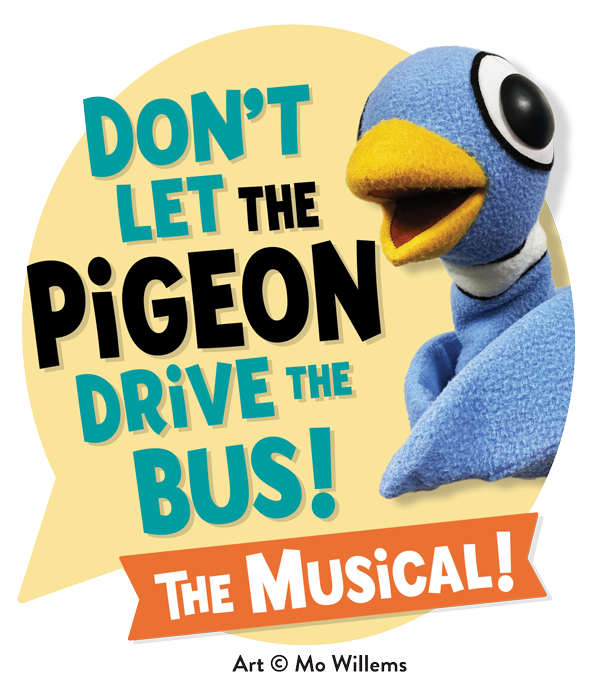 Whatever you do, don’t let the Pigeon star in his own musical production! With a script written by Mo Willems, the creator of the #1 New York Times best-selling, Caldecott Honor award-winning “Pigeon” picture books, and featuring music by Deborah Wicks La Puma (Elephant & Piggie’s We Are in a Play!), Don’t Let the Pigeon Drive the Bus! The Musical! is even more fun than staying up late and having a hot dog party!

It’s not easy being the Pigeon-you never get to do ANYTHING! But when the Bus Driver has a crisis that threatens to make her passengers (gasp!) late, maybe that wily bird CAN do something.